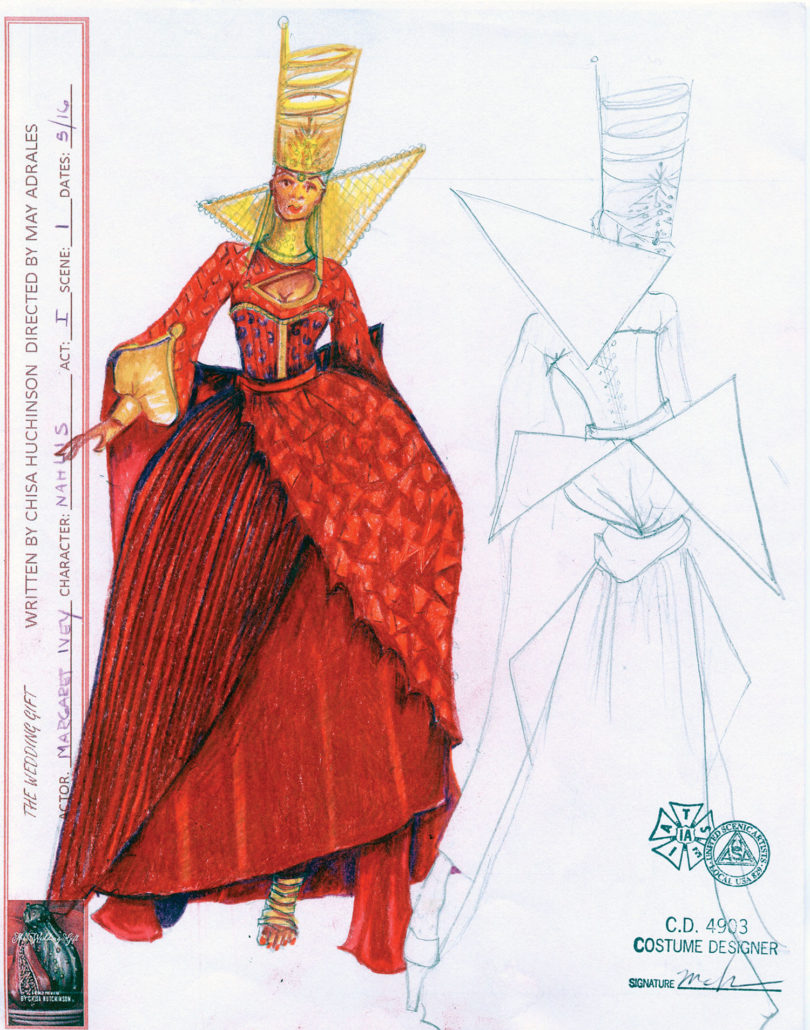 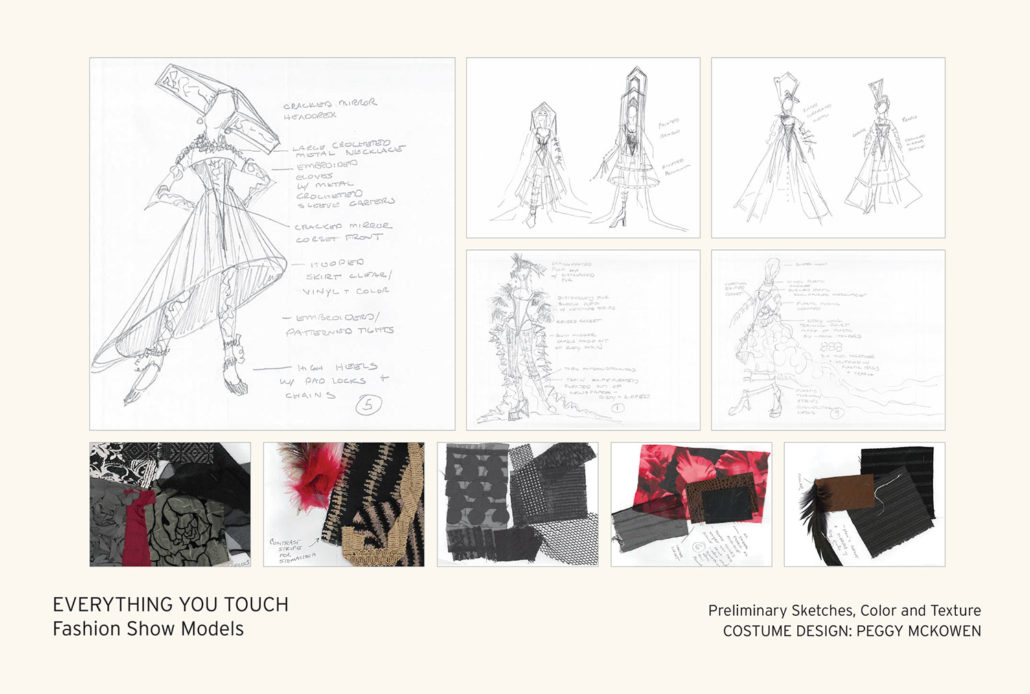 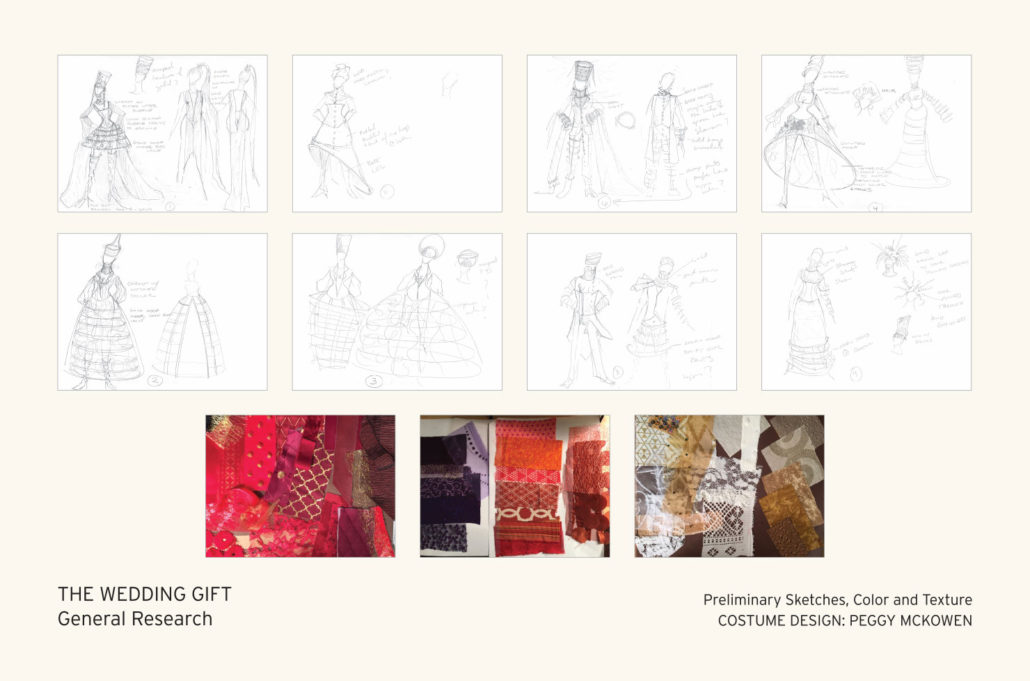 The Wedding Gift
by Chisa Hutchinson 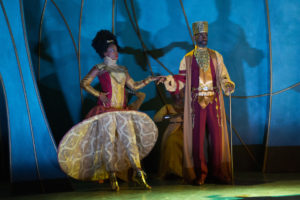 Everything You Touch
by Sheila Callahan 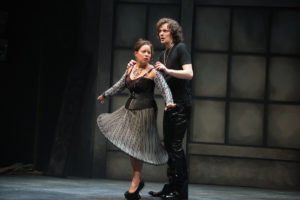 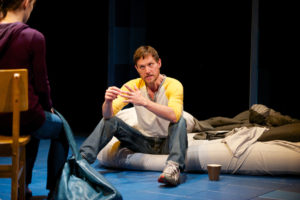 Scott and Hem in the Garden of Allah
by Mark St. Germain 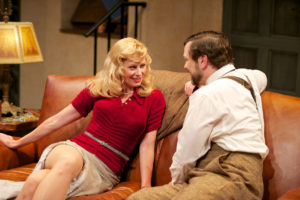 Not Medea
by Allison Gregory 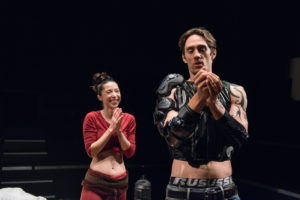 Peggy McKowen’s association with the Contemporary American Theater Festival began in 2006, when she designed the costumes for Mr. Marmalade by Noah Haidle and the world premiere of Keith Glover’s Jazzland.  She joined the full-time staff the following year. As designer, her work at CATF has included costumes for two of the largest plays ever produced at CATF; Everything You Touch by Sheila Callaghan and The Wedding Gift by Chisa Hutchinson.  Recently she designed two legs (CATF and Perseverance Theater in Juneau, Alaska) of the rolling world premiere of Not Medea by Allison Gregory.  Other designs for CATF include: 1001 by Jason Grote, H2O by Jane Martin (directed by Jon Jory), and Scott and Hem in the Garden of Allah by Mark St. Germain; sets for From Prague by Kyle Bradstreet, Wrecks by Neil LaBute, and Gidion’s Knot by Johnna Adams; and sets and costumes for Dear Sara Jane by Victor Lodato and The Insurgents by Lucy Thurber. Her free-lance work has been seen in New York with the Phoenix Theatre Ensemble and Gateway Playhouse, and in California on Libby Larsen’s opera, Every Man Jack. As resident designer for the Obie-award-winning Jean Cocteau Repertory in New York, Peggy designed the Darius Milhaud-scored version of Brecht’s Mother Courage and Her Children, Nobel prize-winning poet Seamus Heany’s The Cure at Troy, and several productions directed by the late Eve Adamson. Regional theater work has been seen at Arkansas Repertory Theatre, Barrington Stage, Tennessee Repertory Theatre, Texas Shakespeare Festival, and the Dallas Shakespeare Festival.  She designed Romeo and Juliet, one of originating six tours of the National Endowment for the Arts’ series Shakespeare in the American Communities. Peggy’s international design work has been seen at the B.A.T. Studio Theatre (Berlin), the Teatro Alfa Real (Sao Paulo, Brazil), and for the E.T.A. Hoffmann Theatre in Bamberg (Germany). Additionally, she designed the first full-length English speaking production of The Tempest performed in Beijing, China and returned to China in 2014 to design the first Mandarin translation of How To Succeed in Business Without Really Trying which premiered in Beijing and then toured to Shanghi.

In June of 2017 Peggy’s work was exhibited at the Museum of Fine Arts, Washington County, Maryland in the show, HIGH DRAMA: Costumes from the Contemporary American Theater.  The work included sketches and costumes from many of the shows she has designed.  The exhibition will open November 2017 at Shepherd University and will move to other venues around the state in 2018.

Peggy holds an MFA from the University of Texas (Austin), and has taught theater and humanities at Shepherd University; Dickinson College; Dickinson College/London; and West Virginia University, where she was Chair of the Division of Theater and Dance for five years. She has been a member of the Shepherdstown Rotary Club and the Arts Advisory Council for Hagerstown Community College; directed the intra-state event, Antietam Remembrance Walk and The Rumsey Radio Hour, the annual fundraiser for the Shepherdstown Public Library. Peggy is the Chair of the Events Committee for the Shepherdstown Visitors Center.  She also serves on the Board for the National New Play Network and frequently responds at the regionals for the Kennedy Center American College Theater Festival in design, administration and performances reviews.

In recognition of her work as both theater designer and administrator, Peggy has recently been featured in American Theater, Live Design and Wonderful West Virginia magazines. Production work has been captured in The New York Public Library Videotape for the Theater on Film and Tape Archive; The New York Times, Back Stage, New York Magazine; Wall Street Journal and in the texts: The Theater Experience and Theatre: The Lively Art. She is a member of United Scenic Artists 829.